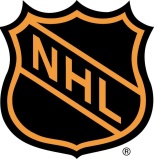 The Dallas Stars made the playoffs last year for the first time since 2008. But their economic recovery has hit the skids; Dallas (11-13-4-1) is the least profitable team in the NHL both against the moneyline (minus-17.67 units) and the puck line (9-20 ATS). Maybe playing the Vancouver Canucks (18-10-1-1) can help. Vancouver carries a four-game losing streak into Wednesday night’s matchup (10:00 PM ET) at Rogers Arena.
Bet on hockey at Bodog and get a free 100% bonus.

The Stars can trace their issues to the defensive end; they’re giving up a league-worst 3.52 goals per game. Kari Lehtonen (.902 save percentage) is part of the problem, but Dallas is also allowing 32.0 shots per game, and that’s up from 30.4 last year. Meanwhile, all of the Stars’ offensive eggs are in Tyler Seguin’s basket. He leads the NHL with 23 goals and 38 points.

Vancouver’s Ryan Miller (.900 SV%) hasn’t been stellar, either; the Canucks are 4.18 units in the red and 14-16 against the puck line. They’re only allowing 28.4 shots per game, and their puck-possession statistics are much better than Dallas’. However, the Stars won their other meeting this year, 6-3 in Big D. Vancouver is the -170 favourite to win tonight’s match.

Get your NHL odds at Bodog today.

Bovada.lv online sportsbook has all your 2014 NHL prop bets and betting lines. If you want to comment on this post and other trending sports topics please visit our popular online sports forums at Handicappers Hideaway.