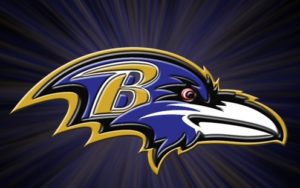 The Baltimore Ravens and the Pittsburgh Steelers will both be gunning for a victory on Thursday when they meet at Heinz Field.

Oddsmakers currently have the Ravens listed as 3-point favorites versus the Steelers, while the game’s total is sitting at 44.

Pittsburgh won its last outing, a 12-6 result against the Rams on September 27. The Steelers covered in that game as a +1-point underdog, while the 18 combined points took the game UNDER the total.

Last time out for Baltimore, they were a 28-24 loser as they battled the Bengals at home. The Ravens failed to cover in the match as a -2-point favorite, while 52 combined points moved the game OVER for totals bettors.