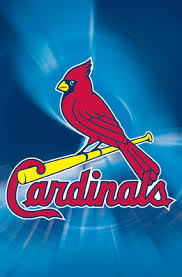 The San Francisco Giants will be trying to extend a winning streak on Saturday when they take on the St. Louis Cardinals at AT&T Park.

right hander Lance Lynn will take the mound for the Cardinals to start this game. Lynn is 10-8 this season with a 2.94 ERA.

Lynn’s opponent in this one will be Ryan Vogelsong. The Giants right hander has a 4.05 ERA to go along with a 9-8 record this season.

Oddsmakers currently have the Cardinals listed as 112-moneyline favorites versus the Giants, while the game’s total is sitting at 7.

San Francisco was a 5-4 winner in its last match on the road against the Cardinals. They won as -108 favorites, while the total score of 9 made winners of OVER bettors.

The Cardinals were a 5-4 loser in their most recent outing on the road against the Giants. That made winners of bettors who got San Francisco at -108 on the moneyline, while the total score (9) was good news for OVER bettors.

Next up:
St. Louis at San Francisco Sunday, August 30