Florida is back in the gambling spotlight with Disney Worldwide Services and the Seminole Tribe of Florida in the headline. Currently there is a new proposed constitutional amendment that would make it harder to expand gambling in Florida.  In a show of support, Disney and Seminole are Re-Investing in Anti-Gambling Campaign.

According to Florida’s state campaign-finance database, Disney and Seminole contributed a total of $10 million to the anti-gambling campaign. Disney contributed $5 million in April, for a total of $9.655 million, while the tribe had contributed $6.775 million.

In addition, Disney and the Tribe have contributed all of the money for the political committee, Voters In Charge. This agenda for this committee is to let voters decide on any gambling expansions in the state of Florida.

Opposing Gambling Expansion with their own agenda

In November, Florida will decide whether voters or the Legislature should have the power to decide on certain gambling issues.  Disney Worldwide Services Inc. has always opposed the possibility of casino gambling in Florida.

This is because they want Florida to remain a family friendly state which is synonymous with Disney’s operations. In addition, they believe that gambling causes a lot of issues on an individual, family and community basis. Furthermore, they believe that people with gambling problems should seek a nearby therapist for help.

On the other hand, the Seminole Tribe of Florida wants to curb gambling in Florida for different reasons.  This is because they more or less have a monopoly on gambling in the State. A gambling expansion would jeopardize they profit making abilities. In addition, the Tribe has battled proposals that could expand gambling at pari-mutuel facilities.

The proposed amendment will take place in November of this year under Amendment 3.  If approved, Florida voters would have the “exclusive right to decide whether to authorize casino gambling.”

Parimutuels is a betting system in which all bets are placed together in a pool.  The system is currently in Florida eight counties.  Several Sportsbook Pay Per Head Services are eager to see the results of the November ballots. 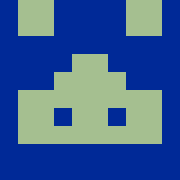