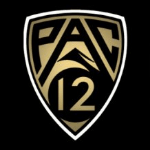 The Stanford Cardinal and the Oregon State Beavers will both be trying to pick up a win on Friday when they battle at Reser Stadium.

Oddsmakers currently have the Cardinal listed as 14-point favorites versus the Beavers, while the game’s total is sitting at 45.

Oregon State was a 35-21 winner in their most recent outing at home against Spartans. They covered the -6.5-point spread as favorites, while the total score (56) made winners of OVER bettors.

Stanford won its last outing, a 41-31 result against Trojans on September 19. Stanford covered in that game as a +9.5-point underdog, while the 72 combined points took the game OVER the total.

Next up:
Stanford at Oregon State Friday, September 25