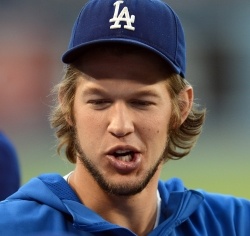 The San Francisco Giants and the Los Angeles Dodgers will both be gunning for a victory on Wednesday when they meet at Dodger Stadium.

Mike Leake will be the starting pitcher for the Giants on this day. Right hander Leake is 9-6 this season with a 3.53 ERA.

Meanwhile, it’ll be Clayton Kershaw who starts for the Dodgers. Left hander Kershaw is 11-6 with a 2.24 ERA so far this season.

Oddsmakers currently have the Dodgers listed as 270-moneyline favorites versus the Giants, while the game’s total is sitting at 6.

In their last action, Los Angeles was a 2-1 winner on the road against the Giants. Bettors on Los Angeles at -112 on the moneyline collected their winnings from that game, while the total score (3) sent UNDER bettors home happy as well.

San Francisco lost its last outing, a 2-1 result against the Dodgers on September 01. Bettors who backed the Dodgers at -112 on the moneyline won on the day, and the total score (3) sent UNDER bettors to the payout window.