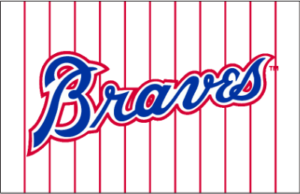 The New York Yankees and the Atlanta Braves will both be gunning for a victory on Saturday when they meet at Turner Field in an interleague contest.

The Yankees will trot Luis Severino out to the mound in this one. Right hander Severino has a 1-2 record and a 2.74 ERA this season.

Meanwhile, it’ll be Matt Wisler who starts for the Braves. Right hander Wisler is 5-4 with a 5.43 ERA so far this season.

Oddsmakers currently have the Yankees listed as 200-moneyline favorites versus the Braves, while the game’s total is sitting at 7½.

The Braves were a 15-4 loser in their most recent outing on the road against the Yankees. That made winners of bettors who got New York at -195 on the moneyline, while the total score (19) was good news for OVER bettors.

New York won its last outing, a 15-4 result against the Braves on August 28. Bettors who backed the Yankees at -195 on the moneyline won on the day, and the total score (19) sent OVER bettors to the payout window.

Next up:
NY Yankees at Atlanta Sunday, August 30