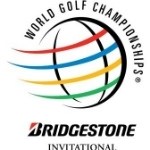 Fresh off of a victory at the British Open, Rory McIlroy (6/1) is the early favorite to win the third World Golf Championship of the season. McIlroy leads all golfers in the days leading up to the Bridgestone Invitational at Akron, but he won’t be the only big name vying for the honors.

Bet on golf at Bovada and get a free 50% bonus.

Also in the running will be defending champion Tiger Woods. He has had a forgettable 2014 campaign with a high of 25th place in just five events. Injuries have sidetracked his bid to reclaim the throne as the PGA’s best golfer.

Woods is 14/1 to win the WGC tournament (ahead of contenders like Justin Rose and Henrik Stenson), and he is third overall. Between McIlroy and Woods sits Australia’s Adam Scott (10/1 to win).

It’s been an interesting year for those in pursuit of the FedExCup. Jimmy Walker, Bubba Watson and Matt Kuchar have powered themselves into the top three positions. Despite the No. 1, No. 2 and No. 3 rankings, the three are just 50/1, 33/1 and 28/1 to win the Bridgestone Invitational.

Get your PGA odds at Bovada today.

If you want to comment on this and other topics in the sports and online gambling world please visit our sports forums.

AKRON, Ohio -- Sergio Garcia doesn't know anything about being in a zone. He had no trouble identifying the best round of his career.
Garcia one-putted the final 11 holes and made birdies on his last seven holes Friday in the Bridgestone Invitational to tie the course record at Firestone with a 9-under 61 and take a three-shot lead into the weekend.
He had a birdie putt on every hole on the back nine, missing only a 15-footer from the fringe at No. 11. Garcia shot 27 on the back nine, a course record.

"Just one of those moments that you love and you enjoy, and you wish there were no end," he said.
It matched the tournament record held by Tiger Woods, who shot 61 in 2000 and 2013, and Jose Maria Olazabal, who shot his 61 in 1990. Woods went on to win by 11 shots in 2000 and seven shots last year. Olazabal won by 12 in the World Series of Golf.
Garcia still has work to do.
He was at 11-under 129, three shots clear of Justin Rose, who had a 67. British Open champion Rory McIlroy birdied his last two holes for a 64 and joined Marc Leishman of Australia (67) four shots out of the lead.
McIlroy played in the group behind Garcia, and could hear what was going on if he couldn't see it.
"Every time I looked, he was putting a ball in the hole and the crowd was cheering," McIlroy said. "I knew that he was making a few birdies."
Garcia was five shots out of the lead when he had to scramble to save pars on back-to-back holes to close out the front nine on what seemed to be an ordinary round. Two good swings on the 10th hole led to a 20-foot birdie putt. He hit 8-iron to 2 feet on No. 12 and 3 feet on No. 13 for the easiest birdies he had all day, and those turned out to be the start of his big run.
The Spaniard finished in style, making birdie putts of 15, 25 and 20 feet on his last three holes.
It reminded Garcia of the Travelers Championships earlier this summer, when Kevin Streelman closed with seven straight birdies to beat Garcia and K.J. Choi by one shot.
"When I made the one on 17 I thought, `This kind of looks familiar from what happened not too long ago,'" Garcia said. "Obviously, Sunday would be even nicer. But I'll take what I can get."
His previous best score was a 62 on three other occasions -- as a 19-year-old at the Scottish Open and Byron Nelson Classic in 1999, and at Mount Juliet in 2002 at the American Express Championship.
Woods also shot his 61s at Firestone in the second round. He could have used something remotely close to that to stay in range of Garcia. Instead, Woods hit only four fairways off the tee and couldn't seem to make anything on the green. It added to a 71, leaving him 10 shots behind.
"I didn't hit the ball well. I didn't putt well. I didn't do anything well," Woods said. "The only thing I did well was I fought hard. Grinded hard. Unfortunately, it wasn't a very good day."
Starting times for the third round were moved up to Saturday morning, with threesomes off both tees, because of a forecast for storms. That figures to only keep Firestone soft, allowing players to attack the pins provided they're in the short grass.
Rose missed only two greens in posting a 67 as his momentum builds toward the final major of the year next week at the PGA Championship. He wouldn't mind adding a WGC title this week. Either way, there is a long stretch of big tournaments, and Rose is headed in the right direction. He won back-to-back starts at Congressional and Royal Aberdeen before stalling slightly at the British Open.
"I'm feeling good about peaking at this time of the year," Rose said. "Every week is big. You could argue a major championship in the middle of it all is the one you'd really love to peak for next week. But at the same time, there's not a bad golf tournament now for about two months. Looking forward to the whole stretch."
He didn't realize when he finished that Rose would have three shots to make up on Garcia starting out the third round.
It didn't come entirely out of the blue for Garcia. Just two weeks ago, he challenged McIlroy briefly at Royal Liverpool until tying for second in the British Open. But this was something special, and Garcia could sense it.
"It feels great to be able to ... equal the course record on a course like this. Even playing soft, it's not that easy a course," Garcia said. "You have to drive the ball very, very well. You have to put the ball on the greens on the right spots because you can get some really, really fast putts.
"Being in a group with Tiger and Jose Maria, it feels really good."

More: Leaderboard | Rankings | Schedule | Equipment | FedEx Cup | PGA Championship
Tiger Woods hit two more fairways with his driver than you did on Saturday at the Bridgestone Invitational. That's not very good for one of the top 10 golfers in the world at a tournament he's traditionally owned.
As a result Woods shot a pretty bad 72 on Saturday and is now 1 over for the tournament. Double-digit strokes back of the leaders.
Overall Woods only hit 43 percent of fairways (which I guess is better than the 29 percent he hit on Friday) and only made one birdie en route to his 2-over score.
Here's his card:

Woods refused to blame his tee ball after his round, though. Instead he opted to point to a balky putter as the reason he couldn't get it going.

Woods is 46th in the field in strokes gained putting this week.
Things got a little chippy, too, as a clearly frustrated Woods cursed out a cameraman who got a bit too close to him on the course.

So what does all of this mean? I'm not totally sure yet. It means Woods' season is about to come to a close barring a miraculous win at the PGA Championship next week and it also means he hasn't been that great since back surgery.

n the long haul, that's probably okay, I guess. Woods says he wants to win every tournament he plays but everybody is pretty aware that's not realistic coming off a surgery like his.Still, it's disconcerting -- surgery or no surgery -- to see Woods struggle so mightily at a course where he's won more than he hasn't.
For more golf news, rumors and analysis, follow @EyeOnGolf and @KylePorterCBS on Twitter or Google+ and like us on Facebook.